The fate of some Divisional Delegates from Mundemba, the headquarters of Ndian Division , who were kidnapped since the 15th June, 2021 is still hanging on a scale three months after their abduction. They were picked up on their way to Ekondo Titi on an official duty to demarcate land for the construction of an electricity plant to increase power sharing.

Eyes have been wide shot and ears opened to hear that the government and the separatist fighter who identified themselves as the abductors under the leadership of certain General Ten Kobo hailing from Bekora in Ekondo Titi Subdivisions have come to a consensus to liberate the delegates under their custody.
Unfortunately for Cameroonians as a whole and the families of the kidnapped persons in particular, there is no sign indicating whether they are alive or death.

After the killing of Johnson Mudika Mabia the Divisional Delegate of the Ministry of Economy, Planning and Regional Development in an inhuman manner on the 18th June, 2021 three days after the six were kidnapped in Misore-Balue village in Ekondo –Titi Subdivision around Mundemba, it would have dawned on the Cameroon government that, the separatist fighters have no respect for any human beings or value for life. 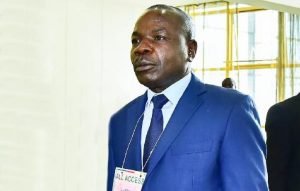 With the killing of Johnson Mudika Mabia, hopes were very high that the authorities that be, would react very fast to ensure the release of the other five. It becomes tormenting to know that the kidnapping and killing of government officials in the restive North West and South West Regions have become frequent.
Marcel Namata Diteng, the Divisional Officer of Batibo was kidnapped on the 11th February 2018 by separatists and the government later announced his demised. On the 10th of March same year, Animbom Aaron Akiabom, the Regional Delegate for Social Affairs for the North West Region was abducted and killed by armed men.

The Divisional Delegates kidnapped in Ndian Division are that of State property, Land Tenure And Surveys, Housing And Urban Development, Water And Energy Resources, Small And Medium Sized Enterprises, Social Economy And Handicraft and a Divisional Chief of Service for Surveys.